Not ready to sponsor Wilber?
Make a one-time donation. 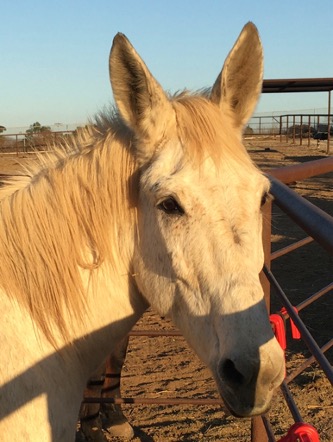 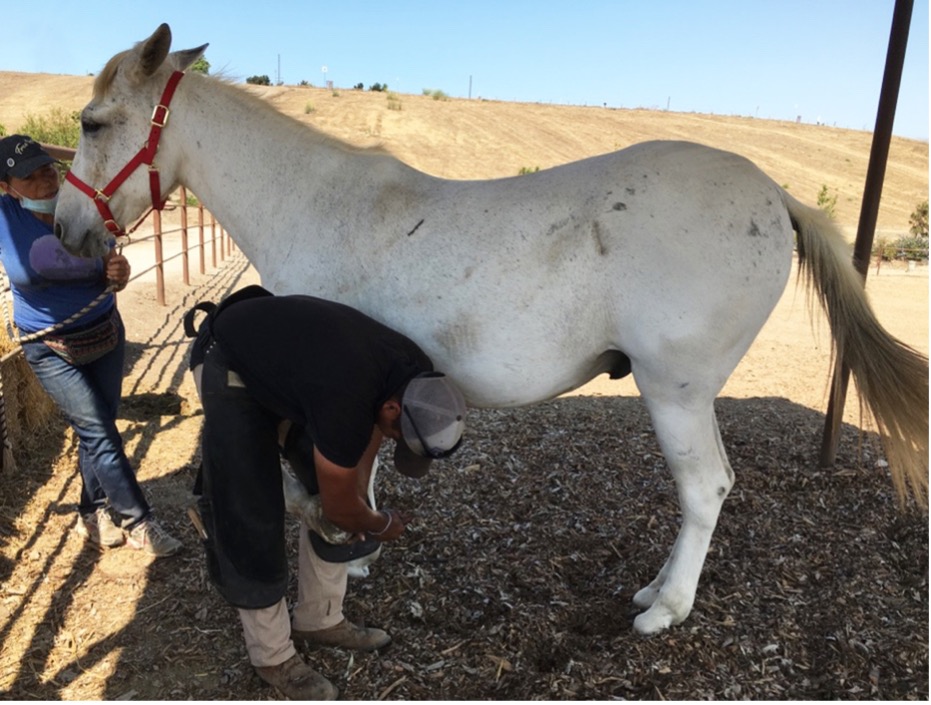 Rescues at Free Rein often teach humans as much or more than we teach them. One “epiphany” for volunteers who work with Free Rein’s mule, Wilber, is how much patience they do or don’t have.

Mules are a hybrid of a mare (female horse) and a male donkey. The expression “stubborn like a mule” can be especially true for a mule who has been abused.

Huntington Central Park Equestrian Center owner Mary Behrens first laid eyes on Wilber about four years ago when he was tied to a tire at a property in Lake Elsinore. The next time she saw him, he was in a very small pen filled with manure.

“His owner thought he would make Wilber more submissive by keeping him tied up or in a small area,” says Mary. “However, as we’ve since realized, Wilber has a mind of his own. I told the man I would take Wilber off his hands. Wilber went into training, which I believe made him a more trusting mule. Being with Free Rein Foundation volunteers has also improved his outlook on humans.”

During Wilber’s first year in the Free Rein pasture, volunteers couldn’t catch and halter him for grooming or exercising. His white coat was often filthy and his main and tail matted. Gradually, a couple of the volunteers who consistently spent time with Wilber began to win his trust and build mutual respect.

Nowadays, several more volunteers can slowly saunter into the pasture and approach the middle-aged mule. At first he may take off in a run, just to let us know “we’re not the boss of him.” Eventually, he will trot into a catchment pen and allow us to throw a rope over his neck, put on his halter and lead him to a rail. To be safe, he is loosely tied just in case he panics and feels the need to escape. Most days, Wilber now stands patiently for a thorough rub-down, inspection of any cuts and scrapes, and hoof picking. When it comes to brushing his face, however, he jerks back, only allowing us to scratch him with a bare hand.

Some clients have had a very different experience with Wilber. A child, grieving over a loss in her family, entered his pasture. Within a few minutes, Wilber approached her, much to the amazement of the therapists, who stood silently nearby. This was the first instance of him coming in physical contact with a person. He put his face down close to hers, and the two stood together, touching face-to-face. Wilber seemed to be absorbing her pain, and she his.