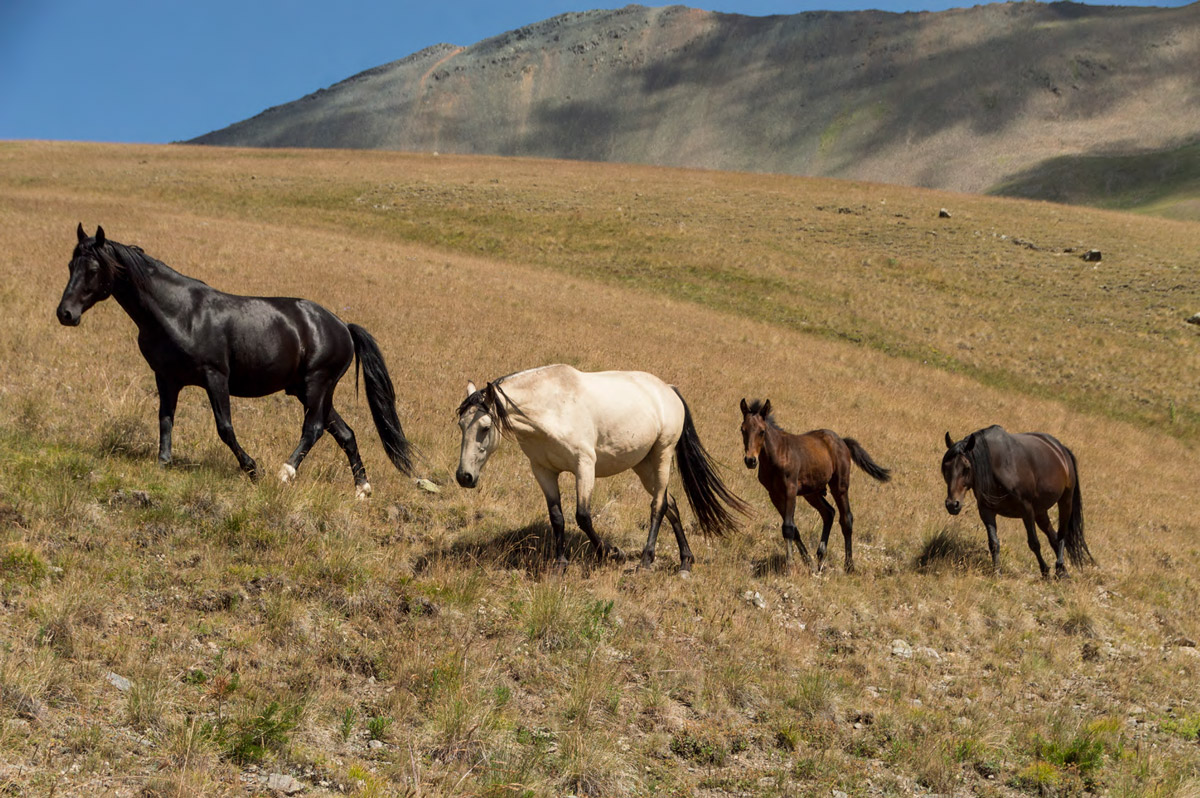 19 Apr Why do mustangs need rescuing?

Posted at 08:57h in Rescue Horses by Free Rein Foundation

Since the arrival of early pioneers and settlers in the 16th century, horses that escaped or were let loose into the wild saw their populations soar. Today in Utah, Nevada, California, Arizona, Oregon, Idaho, Montana Colorado, Utah, Wyoming and New Mexico, herds of feral horses (mustangs) and burros have reached crisis population levels. Their population has been doubling every five years, and is currently estimated to be 95,114.

According to the Bureau of Land Management (BLM), 27,000 is a sustainable number of wild horses and burros on western U.S. rangelands. Maintaining herd size at the appropriate management level is the best way to ensure healthy horses and burros. It would protect the horses from starvation due to overgrazing, and protect the land from overgrazing to maintain a thriving natural ecological balance.

Humane Alternatives to slaughter and round-ups

Each year, the BLM captures thousands of mustangs through brutal helicopter round-ups. Some horses die in the process, or are so badly injured they have to be put down. The rest are placed in holding pens to await adoption. Each unadopted animal costs the BLM (i.e., taxpayers) $48,000 per year.

Some stallions are captured are gelded, although they are challenging to catch. Whenever possible, feral mustang mares (females) are shot with a vaccine that prevents fertilization and pregnancy. Rather than round-ups, vaccination is a humane, cost-efficient method for population control, and is effective in about 90 percent of mares. However, the vaccination only lasts for one to two years.

Survival in the wild demands that these horses are intelligent, strong and surefooted over rough terrain. Once domesticated, mustangs’ attributes make them wonderful companions, trail horses, and competitors. 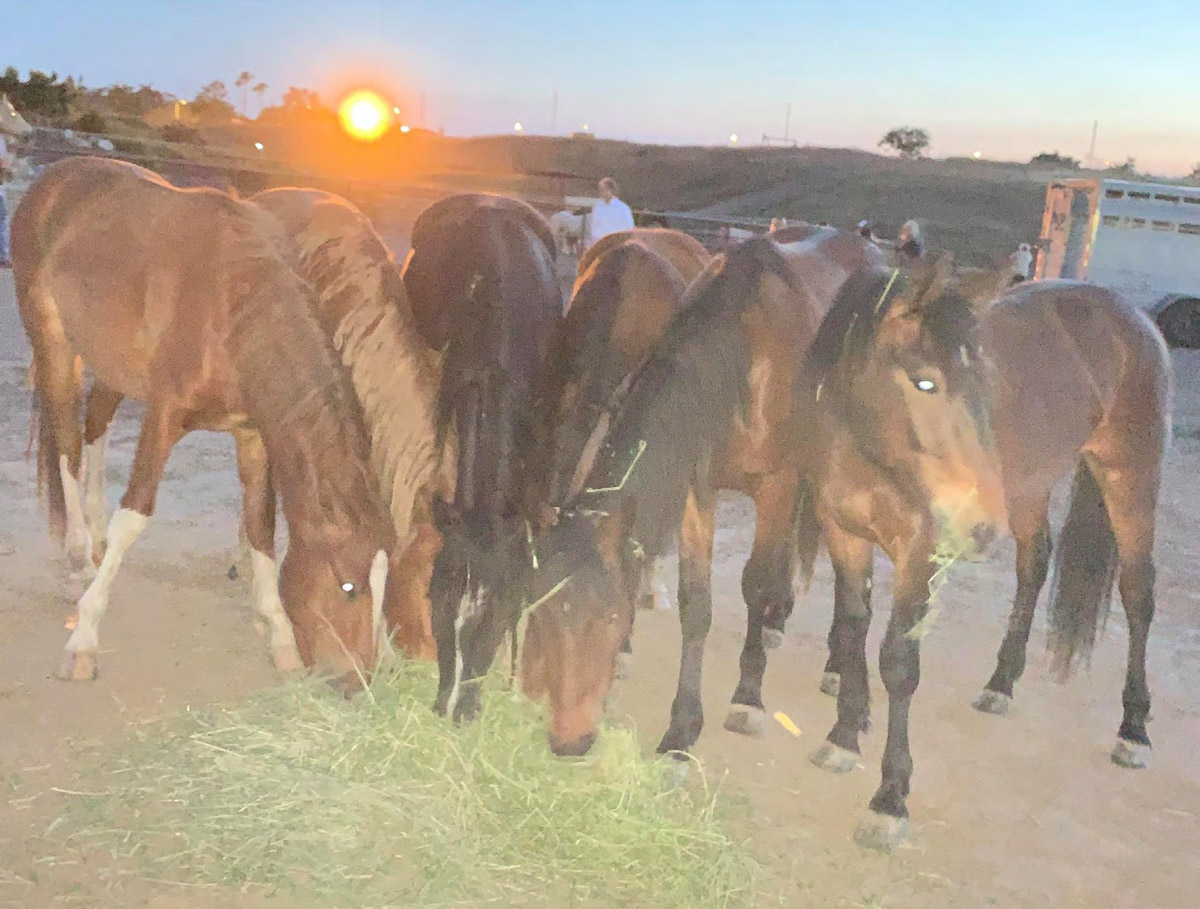 Mustangs, adjusting to life in the Free Rein pasture

Meet the Mustang Governor
One of the first mustangs to have the good fortune of finding Free Rein was Governor. The approximately 12-year-old gelding was a wild stallion in Northern California who’d had minimal human contact prior to his arrival in Huntington Beach in 2019.

After many hours in the pasture with a trainer, Governor began to lose his fear and approached. Many hours later, a halter went on. Then he learned to lunge. He adjusted to a saddle blanket, then a saddle, then a bridle, and in the coming weeks, a rider mounting him. Eventually he began taking strolls on the surrounding Urban Forest trails. In less than 100 days, Governor competed in an “Extreme Cowboy” competition. He has become so gentle that he doesn’t so much as blink when young children pet his face and stroke his mane and tale. 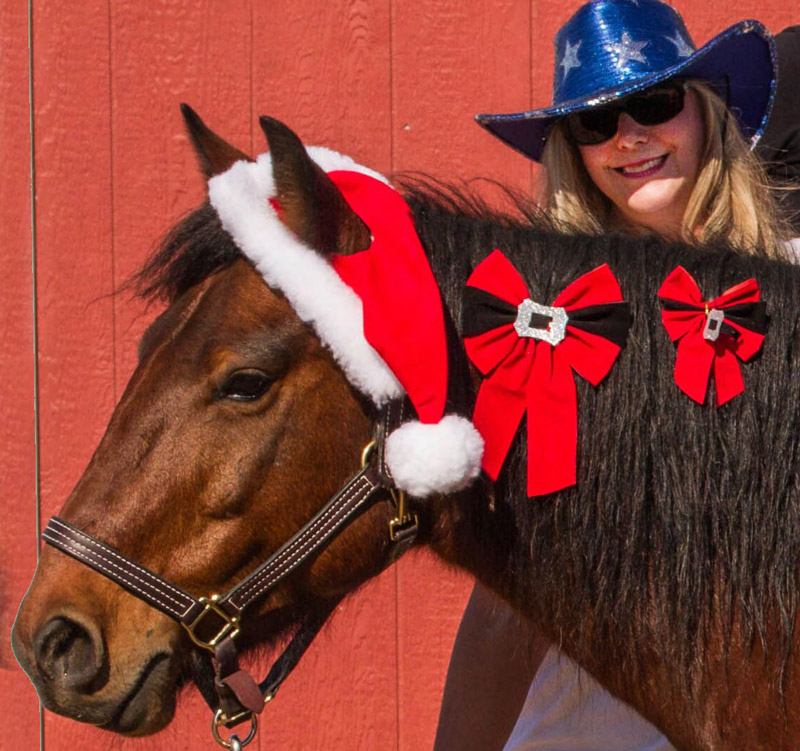 Electing to adopt Governor
Adopted into the Woolbright family in 2020, Governor continues to reside in Huntington Beach as a beloved member of the Huntington Central Park Equestrian Center community. He belongs to Maddie, and she to him. 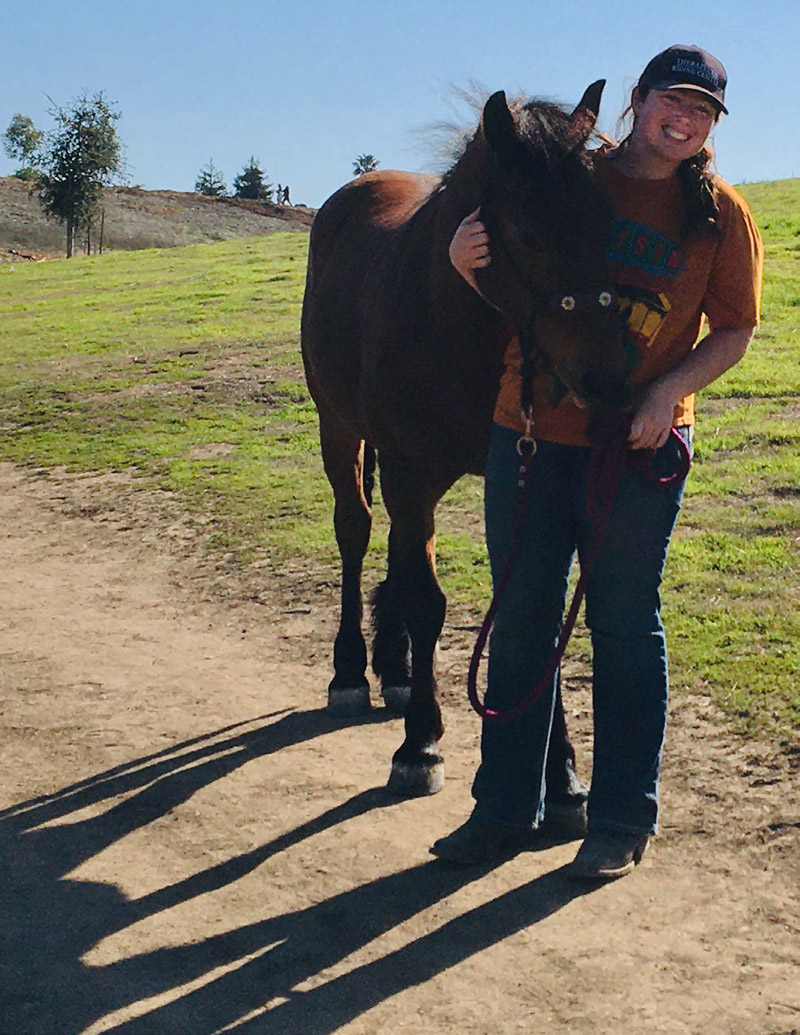 For a brief but heartwarming video on life with Governor, watch this short video: